The Importance of Oral Cancer Detection 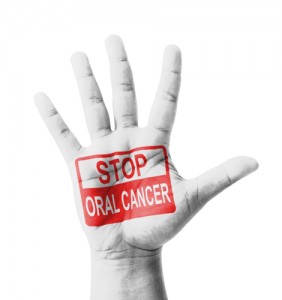 Breast cancer and skin cancer are probably two of the most highly publicized cancers. Every year they claim tens of thousands of lives. However, with the focus on these deadly cancers, people are rarely informed about the probability of other cancers. The danger of voiceless cancers is that people usually don’t understand the need to screen for them. Oral cancer silently affects and claims numerous lives. Over 43,000 Americans are diagnosed with oral cancer each year, with 8,000 deaths occurring annually.

Oral cancer shouldn’t be discounted or taken less seriously because it doesn’t receive the same publicity as other cancers. The death rate for oral cancer victims is higher than that of cervical cancer, testicular cancer, and skin cancers. It’s not that there are more instances of oral cancer than other cancers but that there is a higher rate of late discovery. Only 57 percent of people diagnosed with oral cancer will be alive in 5 years. Oral cancer is often only discovered once it has spread to other parts of the body like the lymph nodes of the neck. Early stages of oral cancer often show no symptoms, which is why regular cancer screenings are vital to its detection.

Like with all other cancers, there is not just one common cause of oral cancer. It is usually a variety of factors working in conjunction with each other that leads to the cancer. The most common contributors to the risk oral cancer include:

Historically, the majority of people diagnosed with oral cancer have been over the age of 40. However, research indicates that the increased exposure to HPV16 (a strain of the Human Papilloma Virus) has caused oral cancer in an increasing number of young people. Many people are aware that HPV, which is transmitted through sexual contact, is the leading cause of cervical cancer. However, very few people fail to realize that it also increases a person’s risk of developing oral cancer.

Signs and Symptoms of Oral Cancer

Very few signs or pain mark the early stages of oral cancer. The lack of symptoms makes it imperative to receive regular screenings from your physician or dentist. Dentists are more likely to identify possibly cancerous tissues because their focus of treatment is the mouth. They also see their patients on a much more frequent basis than most other doctors. Cancerous tissue can be expressed in various forms, including:

Oral cancer can affect multiple regions of the mouth. It can occur in the anterior of the mouth, such as on the tongue or mouth floor. People who develop cancer because of their use of tobacco chew often find that cancerous tissue has developed in the fatty tissue connecting their jaw and cheek. Tumorous cancers can develop in the salivary glands. HPV16 commonly causes cancer in the posterior of the mouth, such as in the throat and on the tonsils. Cancer of the lips is fairly uncommon but can still occur.

The Importance of Early Detection

When discovered in its later stages, oral cancer has a survival rate of 30 percent at 5 years. Comparatively, early diagnosed oral cancer has a recovery rate of 80 to 90 percent at 5 years. This high survival rate of early-stage cancer is typically due to the fact that the cancer is smaller and has yet to spread to other parts of the body. Early detection can allow for the use of conservative treatments that may minimize the damaging effects of surgery and radiation.

When the cancer has metastasized to multiple areas, large portions of tissue and bone need to be removed, resulting in possible facial disfigurement that will require reconstructive surgery. Radiation therapy can also permanently damage muscles, joints, salivary glands, and gum tissue. In some cases, radiation therapy can cause bone death (osteonecrosis) in the jaw.

Getting Screened With VELscope®

VELscope® is utilized by dentists for the early detection of cancerous oral tissue. The device emits a harmless blue-spectrum light. The soft tissue of the mouth naturally fluoresces in the light. Healthy tissue fluoresces in distinct patterns that become disrupted by trauma or diseased tissue.

The Benefits of VELscope®

VELscope® can detect potentially cancerous and pre-cancerous tissues that may not be visible to the naked eye. It can also help identify other viral, fungal, and bacterial infections. The use of VELscope® helps dentists detect oral cancer more accurately and earlier, allowing for shift treatment.

To make oral cancer screenings a part of your regular oral exams, contact Dr. Benjamin Fiss today. He believes in the necessity of early detection and provides annual cancer screenings to all of his patients. His goal is to catch abnormalities before they turn into cancer, which will help maintain the health of his patients. Call us at 312.951.5230 or fill out our online contact form here.